There is definite irony in this situation. She is respected by Duncan but Lady Macbeth has plotted his murder. 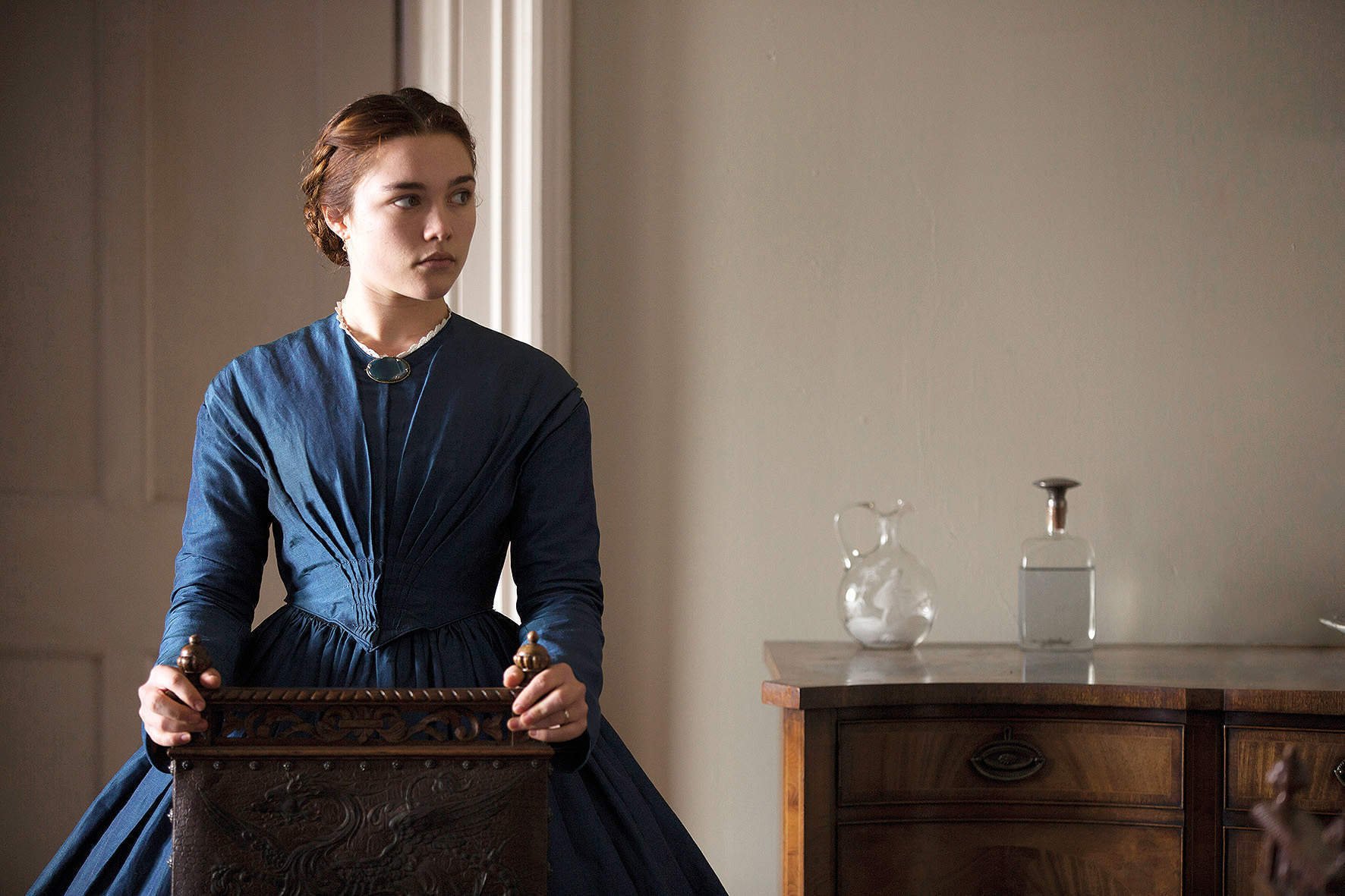 We first encounter Lady Macbeth when she is reading the letter from Macbeth, describing his meeting with the witches.

“Glamis thou art, and Cawdor; and shalt be…”

At this early stage, we come across Lady Macbeth’s objective to be crowned Queen, but this drive is not supplied by the sole purpose of having such a title; it is based on support and love for Macbeth. Lady Macbeth also exposes her evil intentions in order for her plot to prosper:-

“That croaks the fatal entrance of Duncan..

This is Lady Macbeth’s plot to murder Duncan, but she has an obstacle in her path, her husband, Macbeth. Lady Macbeth knows her husband well and is aware of his limitations, she feels Macbeth may be too kind and gentle to murder:-“Yet do I fear thy nature:

It is too full o’ the milk of human kindness…

This is unusual as women were generally and stereotypically seen as being nurturing and gentle at the time.To combat her husband’s kind nature, she finds methods to manipulate him:-

“That I may pour my spirits in thine ear…”

While her husband has his limitations, Lady Macbeth also has a restriction, her feminine nature.

If it were not for her femininity, she would be able to go through with the murder herself:-

“That tend on mortal thoughts, unsex me here…”

She then calls on “murdering ministers” to divest herself of her feminine nature.

After discussions between Lady Macbeth and Macbeth take place on the topic of the murder, her fears about her husband’s weakness have firmed up. Lady Macbeth possesses little faith in her husband and it is clearly displayed. One way she goes about convincing Macbeth to act is that she exploits and manipulates him, such as testing his love for her:-

She also questions his courage and manliness:-“Art thou afeard

To be the same in thine own act and valour.

Lady Macbeth is practical in her actions and unconcerned for her husband’s free will.

He carries out the murder.This shows a vicious and evil side to Lady Macbeth. We are shown this through the graphic language and imagery used in the following quotation:-“How tender’ tis to love the babe that milks me:I would, while it was smiling in my face,Have plucked my nipple from his boneless gums,

And dashed the brains out, had I so sworn as you…”

The similar imagery here, affiliates Lady Macbeth with the Witches:-“Finger of birth-strangled babe,

Lady Macbeth is cunning and devious in her methods while planning this murder. It shows that she is extremely confident and ambitious. She conceptualizes the plan to drug the guards:-“When Duncan is asleep,his two chamberlains

Will I with wine and wassail so convince…

While we encounter Lady Macbeth’s facade of cunning and obscenity, she also displays signs of humanity. It is Lady Macbeth’s humanity which prevents her from murdering Duncan herself, as Duncan “resembled [her] father” as he slept.The murder has been committed, but Macbeth returns with the daggers used in the murder:-

“Why did you bring these daggers from the place?”

“A little water clears us of our deed.

This is prophetic as later on, Lady Macbeth is tortured by an imaginary spot a blood of her hand during her sleep.Lady Macbeth faints at the news of Duncan’s death,

Which leaves us pondering, whether her fainting is real or feigned.Later, Lady Macbeth and her husband are preparing for a banquet. During the preparation, it is revealed that Macbeth wants to see Banquo dead. Macbeth hires murderers to carry through the task.

At this point, we see a turning point in drive and control in the couple:-

“Be innocent of the knowledge, dear chuck…”

Macbeth now wants to continue murdering those who are threats to his crown while Lady Macbeth is completely unaware of this. This is the beginning of her demise.We, again, see Lady Macbeth taking upon herself the duty of making excuses for her husband in Act Three Scene Four. When Macbeth suffers from the apparition of Banquo’s ghost:-“Thou canst not say I did it.

Thy gory locks at me.”

She momentarily gains control of the situation, as her explanation towards her guests defends her husband:-“Sit,worthy friends. My lord is often thus,

And hath been from his youth: pray you, keep seat.”

Lady Macbeth’s actions in this situation are not for the purpose of masking Banquo’s death of which she is unaware. Her actions show us that she is protective of her husband.”Stand not upon the order of your going,

Lady Macbeth dismisses her guests, which highlights that she is level-headed, quick thinking and calm.

Whilst her husband continues having delusions, perhaps his conscience playing tricks on him, Lady Macbeth maintains a calm exterior, leading us to believe that she is also calm inside. This is extremely striking because of the stark contrast between both Lady Macbeth and Macbeth’s way of dealing with the crime they have committed. Lady Macbeth appears to keep her emotions suppressed, leading us to believe that she doesn’t feel any remorse for the situation.

However, in Act Five, it is now clear that the guilt of Duncan’s death is now consuming Lady Macbeth. Her mental and physical health appears to be deteriorating as she begins sleepwalking. During her sleepwalking, the doctor and the gentlewoman observe her repeatedly attempting to rid a stain from her hand.

This is the sign of her repressed guilt and sleepwalking is an outlet for Lady Macbeth to release what she is bottling up inside.Lady Macbeth begins talking in her disorder during the night, as she does she reveals information about those who have been murdered:-

“The Thane of Fife had a wife: where is she now?”

The doctor views this as insanity and puts it down to her talking nonsense, but this “nonsense” has a hidden meaning and contains knowledge of the murders. Her ramblings remind us of the incantations of the Witches. This is Lady Macbeth’s final physical appearance in Macbeth as we hear of her suicide in Act Five Scene Five.

Lady Macbeth was a victim of her own repressed guilt and her fierce ambition.To conclude, I believe that Lady Macbeth was indeed a lady of remorse. Whilst her composure and calmness in every difficult situation made it seem like she felt no guilt or regret for her actions, her sub-conscience proved otherwise indeed. Lady Macbeth was simply an incredibly strong character who was able to keep her feelings concealed but that was not to say that they weren’t affecting her in any way.