The conventional view is that Shakespeare was a man from a small country town of Stratford, many people, however reject the conventional view and argue that Shakespeare was the Penn name of Edwards de vere, earl of oxford ad that the ear of oxford had to conceal his authorship for social and political reasons. Married to Anne Hathaway on November the 28th 1582. William was eighteen at the time and was 26.

Willian Shakespeare wrote 37 plays during his time. He wrote various other short poems and 154 sonnets. His sonnets were registered my 20th 1609. On March 25th 1616 Shakespeare signed his own will, he died April 23rd on his 52nd birthday the same calendar day given to his birth thought it is actually estimate that he was born on the 23rd of April. His wife Anne died August 6th 1623.

Why I chose this scene

I chose this scene to direct as I think it is a very important scene in the Macbeth play. The play is set in traditional times around the Elizabethan period. This scene is the scene when Macbeth has just murdered King Duncan and is feeling repentance and remorse for the evil deed he has committed. This scene shows that start of Macbeth’s torment where he is disturbed by the actions he has taken. This scene is full of tension and I will have to work hard to capture the tension and nervousness. In this scene he realizes his loss of grace and the fact he has sacrificed his soul. 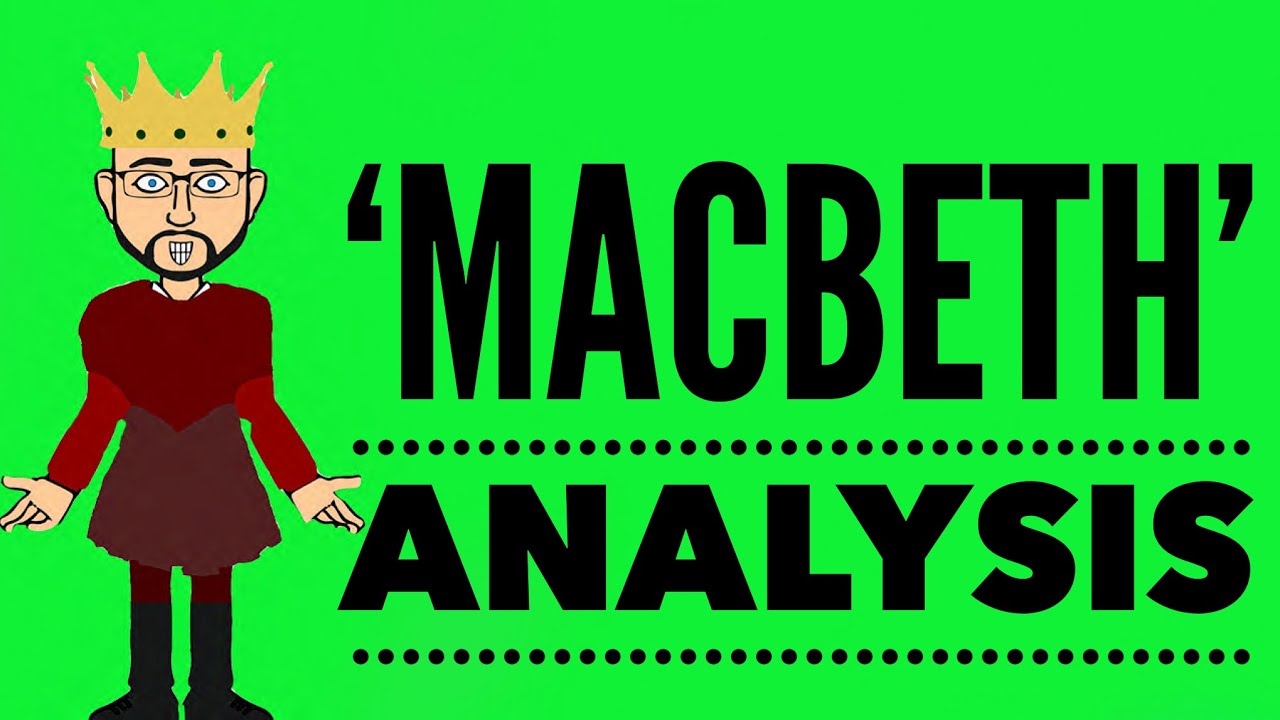 I wanted to direct this scene as I could see an image in my head and also I thought there was a lot of tension and exciting to direct.

It is set in the court yard the camera will stay up close on both of the characters .i think the film version would capture this scene better. The set will consist of large stone grey walls, with arches in the background and a corridor behind the arches as if you in a monastery leading to different rooms.

It is dark with the light from the moon and a fired torch flickering at a slant against the wall. There is a cold frosty breeze and we can tell this as when they speak the breath is showing in white puffs.

Lady Macbeth is wearing a long dark green velvet dress, which is gathered at the waist giving a rivet affect. It is fitted at her waist showing us her bony figure. The dress has a short trail and she has a dark brown shabby shawl around her shoulders, the dress sieves go down three quarters of the way down her arm.

Her and Macbeth face will have to be very pale and white, her eyes will dilate and always open while Macbeth is committing the murder, also she will have black bags under her eyes emphasising how worried she is about whether or not Macbeth will commit the murder.Macbeth will be wearing shorts they are a dark red maroon shade, and the tights are black. The colour of the shorts represent blood, and the blackness of the tights represents death strength and boldness, although he looks very guilty agitated and uncomfortable.

Directions of the scene

At the beginning of this scene, the set will be quite dark, with a full moon shining high in the midnight sky , that is the main source of light in the scene , the torch is flickering as there is a cold icy breeze in the air , u can hear noises in the background of a loan owl soaring in the starry sky just above the courtyard hooting as it sees a mouse , the camera will capture this at the tension will be built, and lady Macbeth’s entrance will become more dramatic , there is noise of insect , grasshoppers interacting moving there antennas, a stray cat that has got into the courtyard runs into the darkness of the corridors meowing. Lady Macbeth will enter the courtyard cautiously and stop at the stone grey well in the courtyard. She will be situated on the right hand side of the screen but the camera will gradually come in on her, yet you will still be able to see from her waist up.

As she is about to speak the torch weirdly seems to get brighter giving us atmosphere of the scene. The camera will zoom in slightly more into her face to see her expressions and what why she is looking when she says her first few words in confidence and belief “That which hath made them drunk hath made me bold; what hath quenched then hath given me fire. After these few lines she will begin to pace up and down the court yard, to make the people watching at home feel anxiousness and to show Lady Macbeth anxiousness also, they are showing this as she is unsure to what has actually happened or what is about to happen.

She will rub her arms vigorously as the night is so cold, she will cup her hands and breathe slowly into them, vapour from her warm breathe will come out between the gaps in the “cup” showing us also the coldness outside, this will give the viewers a good clear image on how cold it actually is.The murder will be on two screens in the cinema, shown on a different scene, but will be during act 2 scene, to see what is going on. She will wait for the murder to be committed and for her husband to return to her, as she waits anxiety is increased by a shriek of the owl perched on the gates on the courtyard, she is infirm as she doesn’t know if the murder has gone right .

She begins to think the murder has gone wrongs it is taking longer than she estimated it to be. She hears a cry from Macbeth off stage she tells us and admits she would of committed the murder if Duncan hadn’t resembled her father. Her nervousness is increased by her enforced inactivity. She clasps her hands together on her cold numb face and looks into the starlit skyShe moves her hands down to her chest and puts her head in a diagonal way looking at the corridor hoping Macbeth will walk round, she rubs her arms frantically in an attempt to warm herself up .She continues talking though her speech is getting faster with a tone of desperation in her voice.Macbeth walks on from the black shadowy corridor, slowly dragging his feet he looks like he had seen the living dead and completely traumatised of what has happened, that he has did the deed, Lady Macbeth not realised Macbeth has come back from doing the deed, turns away and continues her nerve racking paces. When she sees her husband, shocked and relieved she calls out to him “my husband” in an agitated way. She runs in the directions on him indicating that she wants the news on what has or hasn’t happened.

Macbeth doesn’t look directly at Lady Macbeth, as he is deep in his own thoughts.Eventually after a long pause on Macbeth’s side, he slowly tells his wife that he has indeed committed the murder of King Duncan. He is very on edge and jumpy. It seems he is trying not to look lady Macbeth in the eyes as he is looking around the courtyard, to avoid contact with her; he does this in away like he has never been there before that he was unfamiliar with his surroundings. Macbeth then speaks “This is a sorry sight” Lady Macbeth tries to comfort him by telling him that it’s a “foolish thought” she put her hands on his shoulder but his viscously shrugs away rejecting her.Macbeth tells Lady Macbeth of the inability that he will have to say “Amen” he will be talking very slow and he almost stutters his words out as he is still obviously traumatised.

He begins to shake in disbelief about what he did, and realises he has lost his soul. The daggers still in his hands clang together, as shivers are sent through his body, as it is so cold. Lady Macbeth pulled his arms away from each other to stop them clanging and making a noise, she grabs him by both shoulders and gave him a faint shake to try and get him out of the faze and to get him looking in her eyes, she stresses to him don’t think like that or you will go insaneMacbeth tells Lady Macbeth of how he murdered Duncan in his sleep, he is nearly in tears and he is grinding his teeth and pushing the words out, Macbeth grabs Lady Macbeth’s wrist which were on his shoulders and roars out “Macbeth shall sleep no more” At this very point he looks like he is going to have a psychological break down, very near to tears Lady Macbeth order Macbeth to smear blood on the grooms, she is determinates that everything will be okay. He replies, “I’ll go no more, I am afraid to think what I have done, I dare not look again.” While saying this his head is shaking and he is taking deeper breathes.

Lady Macbeth grabs the daggers and confidently and decides to smear the blood of King Duncan on the sleepy grooms herself. There is a hard harsh sudden knocking on the gates.Macbeth jumps ups and runs his still dry blooded stained hands through his hair and leans against the hard stone cold wall, looking at the hand that he killed the King with. He declares that all the oceans could now clean his hands he says that the blood would turn the oceans red. He slowly slithered down the wall and sits on the ground looking at his hand, although in a daydream.

Lady Macbeth returns after smearing the blood of Duncan on the grooms, she also has the blood on her hands, though unlike him, she is not cowardly. She mocks him with a sarcastic remark, Lady Macbeth is acting like nothing has happened and tries to convince Macbeth with this. Lady Macbeth gets on her one knee in front of lady Macbeth she talks to him as if her were a child to go and get changed out of those clothes as there is a knocking at the gate, she tells him “A little water clears us of this deed” Macbeth give Lady Macbeth a sharp look straight into her eye for the first time during this scene and says quietly and timidly “To know my deed, t`were best not know myself”The scene end with him putting his head down and her touching his knee and the camera zooms in on the loan owl still soaring the starry sky.